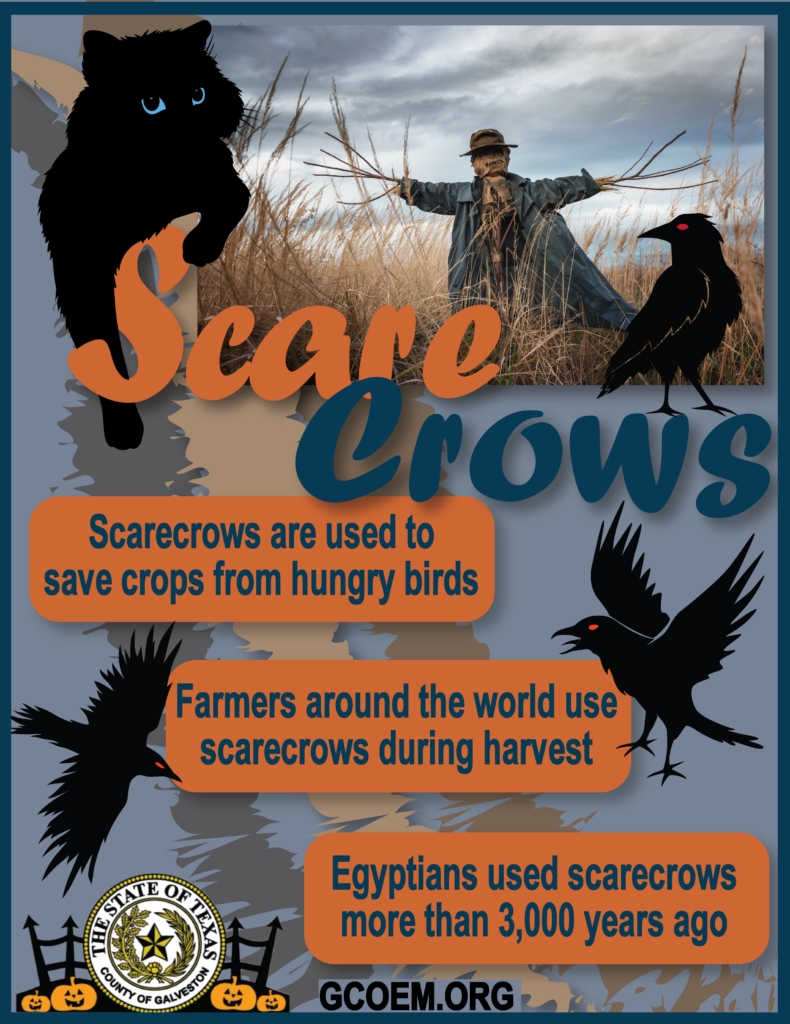 Scarecrows can be a fun and scary addition to any yard during Halloween. Egyptians were recorded as using scarecrows over 3,000 years ago. Originally used for scaring birds away from crops, they have now become symbols of Fall and the harvest season.

While there are more effective ways to scare off birds these days, none lack the charm of the scarecrow. It is thought that, due to their intelligence, crows will often get used to any tricks to ward them off. Some think the smell of humans on the old clothes used on the scare crow is the real deterrent. If you too happen to find yourself afraid of scarecrows, you would be said to have formidophobia.

Almost all cultures have had a version of a scarecrow. The UK seems particularly fond of scarecrows, with many towns and villages holding festivals centered around scarecrows. There is even a village in Japan called Nagoro “Scarecrow” Village, where scarecrows outnumber the people.