The tradition of Jack-O’-Lanterns come from an Irish folktale of “Stingy Jack”. Originally, lights over peat bogs gave rise to the legends of the will-o’-the-wisp, where the name begins. Our tradition of carved pumpkins eventually became known as Jack-O’-Lanterns with the legend of Stingy Jack. Jack’s bargain for his life left him wandering the world forever with nothing but a coal in a hollowed out turnip to light his way. Scary lanterns out of pumpkin is an American adaptation, you can see the original look of what these terrifying turnips would have looked like in the National Museum of Ireland – County Life. 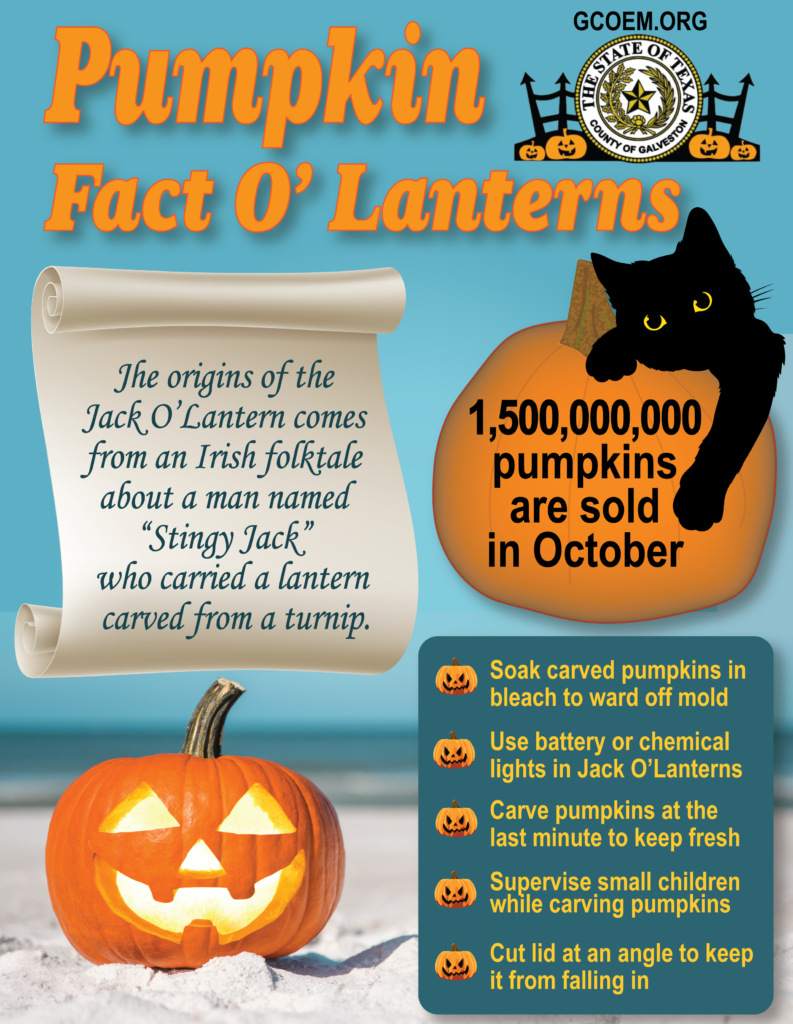 Whether a pumpkin or a turnip, stay safe this Halloween carving your lanterns by following these tips.

-Soak cared pumpkins in bleach to ward off mold. In the relatively warm and humid climate of the Gulf Coast, these winter squash can mold fairly easily once cut. Painting, rather than carving, a face is an option too for longer lasting décor.

-Use battery or chemical lights in Jack-O’-Lanterns. These not only last longer than a candle, but are far safer options.

-Carve pumpkins at the last minute to keep them fresh. As soon as you pierce the skin of a pumpkin the clock starts ticking faster on how long it will last.

-Cut the lid at an angle so the top does not fall in. With a lid wider at the top and narrow at the bottom, the lid of your pumpkin won’t fall through.

Stay safe this Halloween and follow us on twitter for more updates as the month of October goes by.