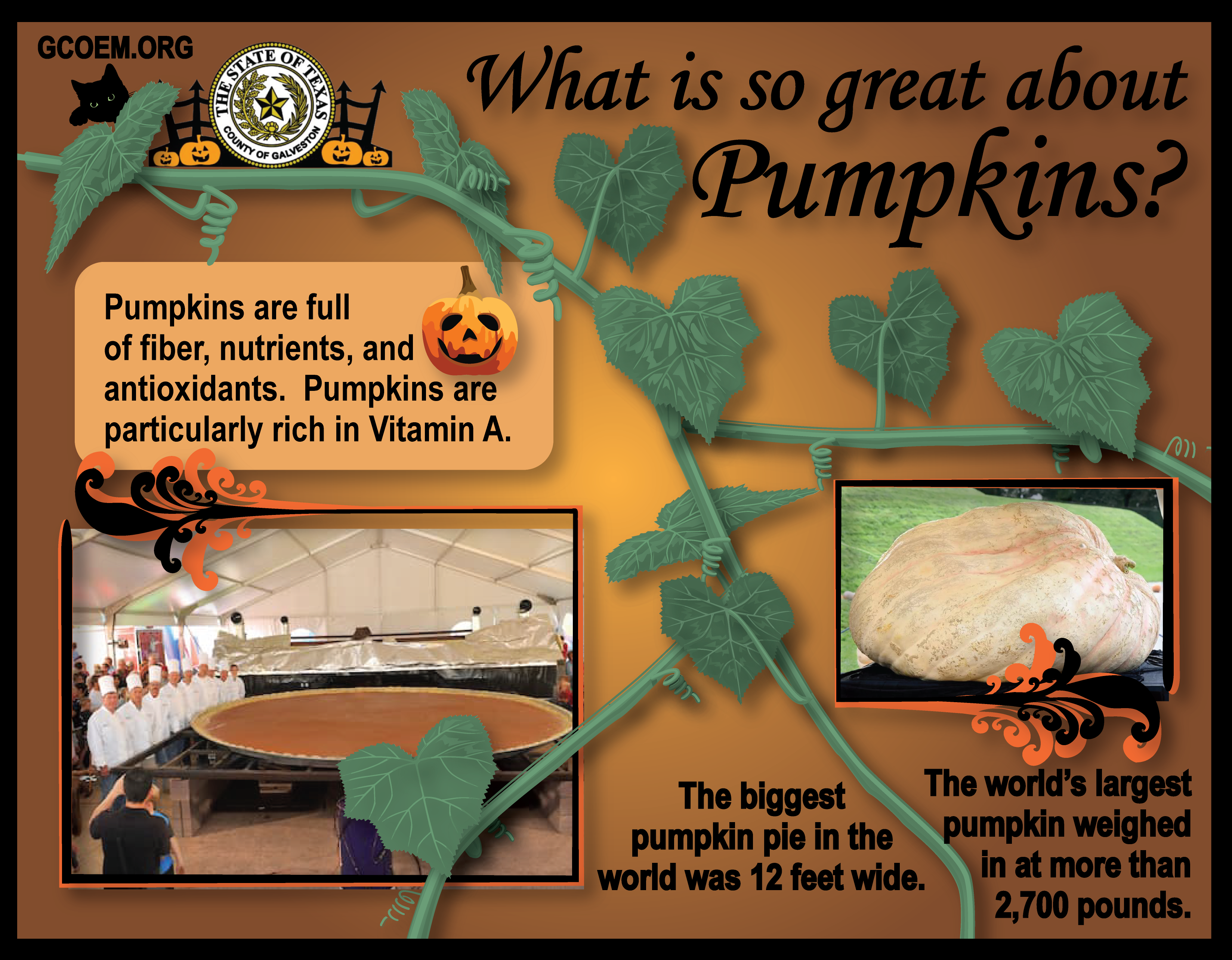 Pumpkins are an iconic symbol of the Fall season. The pumpkin we carve is a different pumpkin than the one you find in your pumpkin pie. Pumpkin is a surprisingly healthy food though. While it is botanically a fruit, the nutrition of a pumpkin is more like that of a vegetable. In one cup of canned pumpkin has 7 grams of fiver and a whopping 206% of your daily vitamin A. This vitamin A is actually produced by the precursors beta carotene and alpha carotene when you eat the pumpkin.

You would get more than you could ever eat with the worlds biggest pumpkin pie. With 1,212 lbs of canned pumpkin and weighing 3,699 pounds, the people of New Bremen, Ohio baked the worlds largest pumpkin pie. This pie measured 20 feet in diameter, breaking the previous record of 12 feet.

While we are talking about massive pumpkins, the bakers would have only had to use half of the world’s largest pumpkin to make that pie. New York claimed the title for having the world’s largest with a massive 2,700 lb pumpkin. This topped the previous record of 2,500.