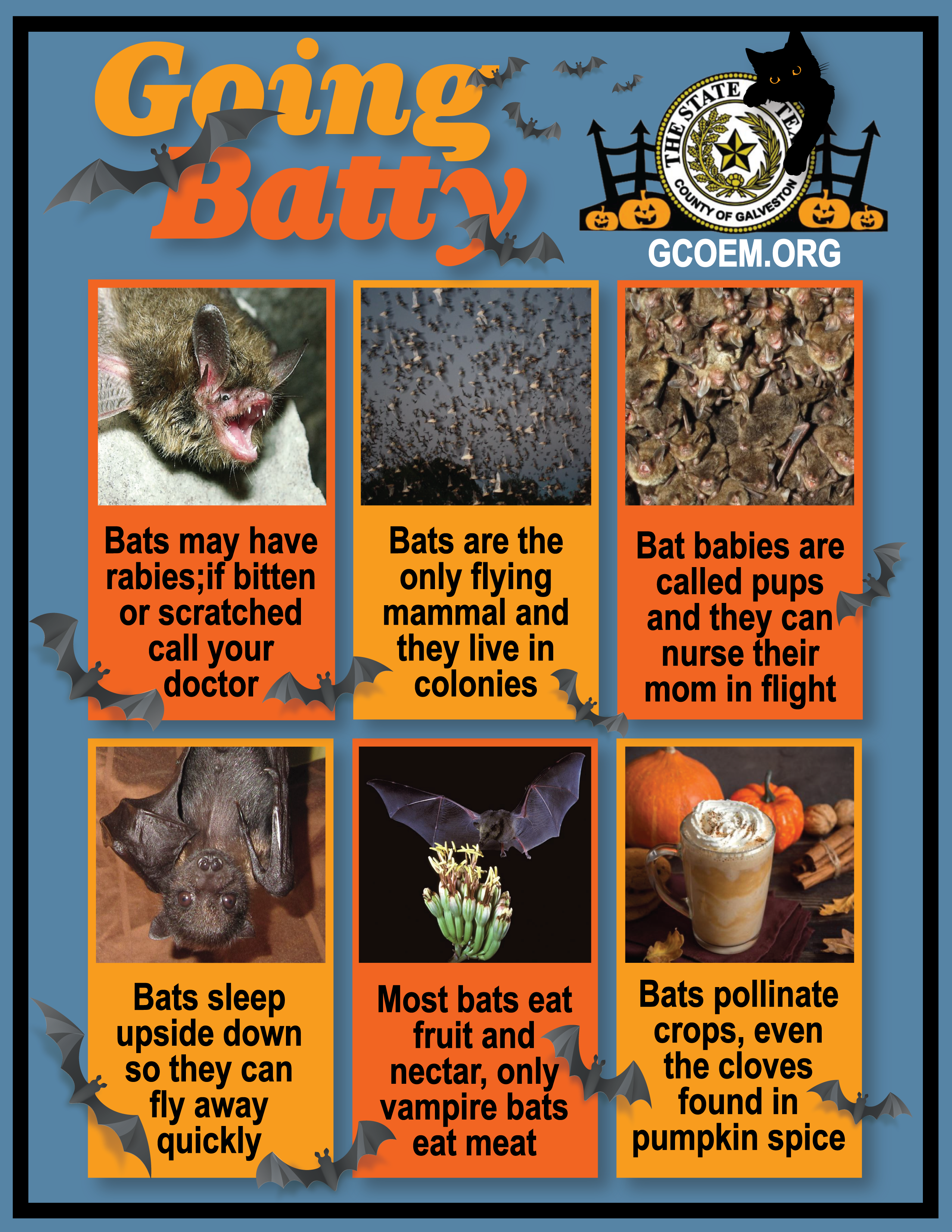 Some find bats scary, some find them cute. However you look at bats, they have become an iconic symbol of the Halloween season.

Bats are a truly peculiar winged mammal. Bats are the only flying mammal, and they live in colonies. Bats carry their young, called pups, and these pups can nurse on their mother in flight. If you have ever wondered why they hang upside down, it is to be able to quickly take flight. Bats are also true Halloween heroes, as they pollinate crops like cloves using in pumpkin spice.

They have a reputation linked with vampires. But, the only bats that consume blood are  vampire bats. This bat is only found in the most southern tip of Texas though. Most bats prefer to snack on a true blood sucking pest, mosquitos. Many bats also eat pollen, nectar, and fruits.

While they may seem like our friends because of their diet, they do still carry diseases and should not be handled. The two major diseases in Texas bats  are rabies and histoplasmosis. This may seem alarming, but less than one percent of the bat population carries rabies, as it is fatal to the bats. Rabies will kill a bat quickly, this limits the spread. If you are bitten or scratched by a bat, seek medical attention immediately.