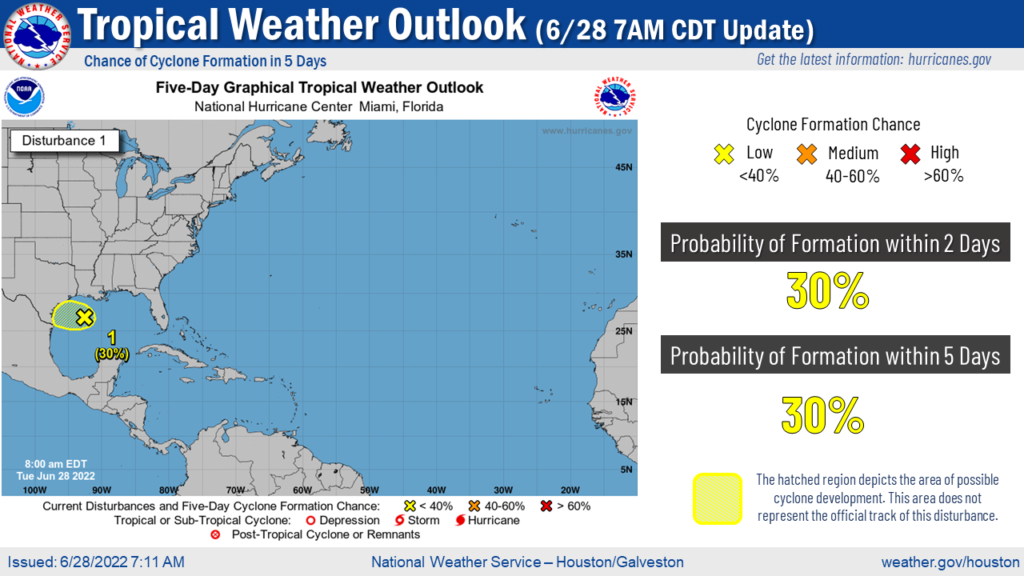 There remains a low chance of tropical cyclone development in the Gulf of Mexico off the lower to middle Texas coast in the next 2 to 5 days. The chance of formation within the next 2-5 days has increased to 30%

An area of low pressure is centered over the northwestern Gulf of Mexico. Shower and storm activity associated with this low has increased overnight, but remains disorganized.

Some additional development of this system is possible over the next few days as it moves slowly westward or west southwestward towards the Texas Coast. Once it reaches the Texas Coast, it will lose any organization quickly as it slowly drifts north and towards Central Oklahoma by Saturday, bringing steady rainfall throughout Southeast Texas until then.

Regardless of development, ample rainfall amounts are possible along portions of the Texas Coast this week. 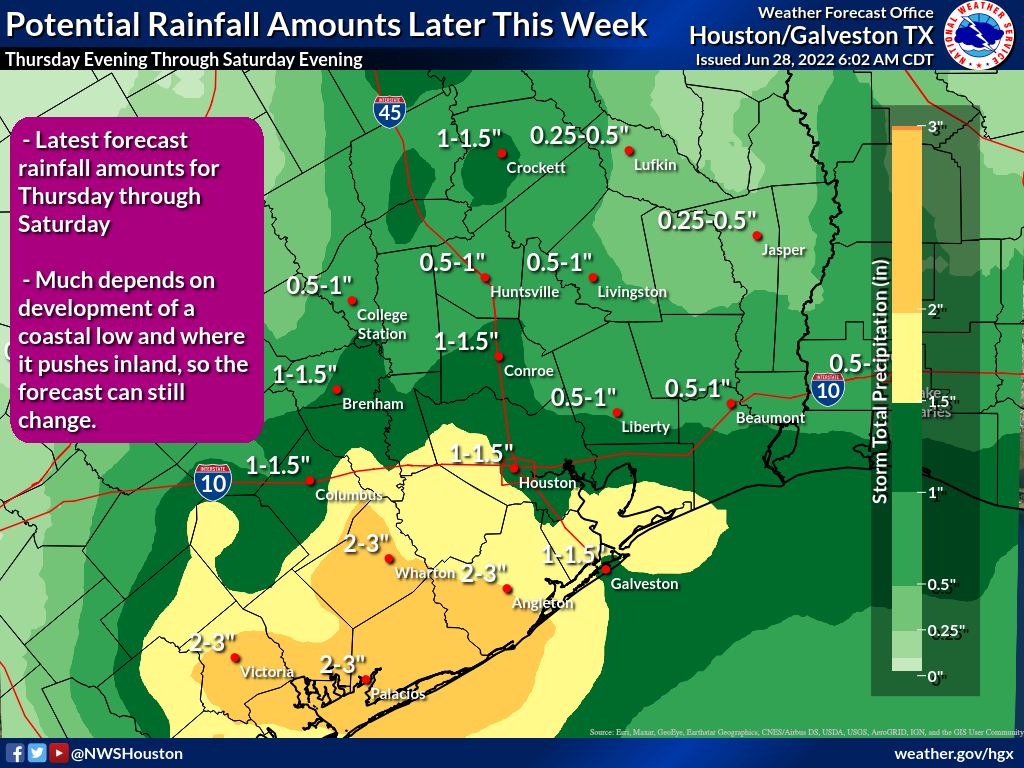 lack of one). The further north it moves, the more rainfall we can expect for Southeast Texas and vice versa.

Given recent drought conditions, most soil across Southeast Texas can handle the forecasted rainfall amounts, so no flooding is expected at this time.